Dennis Bonnen has a completely wrongheaded strategic vision for the Texas House and how it should do its business.

Dennis Bonnen has made clear that he does not much care whether the Democrats or Republicans control the Texas House, claiming that “Texans would be very blessed” to have anti-gun Democrat Joe Moody as Speaker of the Texas House.

The core of Bonnen’s vision, like that of Joe Straus, is that there should be harmony between Democrats and Republicans in the Texas House. Ross Ramsey of the Texas Tribune and an admirer of Straus and Bonnen, said recently, “If you scratch out the names and look at the results, Bonnen’s House worked a lot like Straus’ did, and for some of the same reasons.”

Bonnen was asked whether his push for harmony between Democrats and Republicans was about the Texas GOP keeping a majority in the Texas House. "Well, let me answer it this way, I hope so, but that wasn't why we did what we did," Bonnen said. "I think you saw an extraordinary commitment from Republicans and Democrats working in such a harmonious respectful way on these big issues. I think what it really does though is it helps every member of Texas House get re-elected."

Toward that end, Bonnen told the Austin American Statesman that he had talked to a major donor to GOP conservative challengers in recent past GOP primaries. How did Bonnen describe the main topic he wanted to discuss: “Not wasting any money in primaries.”

See, what Dennis Bonnen is really about is maintaining the status quo. He has made it very clear that his goal is NOT to implement the policy vision of the rank and file of the Republican Party as expressed in the party’s platform and legislative priorities.

In fact he is hostile to those who ask him to use his Speaker’s power to advance the policy agenda of the people and party who elected him. At the end of his session as speaker, he was asked what he thought about the groups that pushed him to implement the Texas GOP legislative priorities:

“They aren’t worth responding to,” Bonnen told reporters Monday. “If we passed every pro-life bill filed in the history of the state, they would say we had not done enough. You will never please or appease those folks and I’m sure as hell not going to waste my time trying.”

In the same interview with the Houston Chronicle where he bashed conservatives, he also gave his spin about why he would not push the conservative agenda: “And then people turn into Washington and you’re simply here to legislate on politics, not on policy and not on accomplishment of success.” As if a platform plank or priority of the Republican Party of Texas is not “policy,” but “politics.” As if passing the legislative priorities of the RPT would NOT be an “accomplishment of success.”

Allen West, the former GOP Congressman who has fought the internal wars between moderates and conservatives in the U.S. House and who has recently moved to Texas said this about Bonnen:

I sincerely ask: why do Republicans get all weak in the knees and drop down begging these socialists to like them? Why do we heap praise upon the very people who are seeking to undermine our Constitutional Republic? Texas is pivotal in making that happen.

One has to ask a simple question: whose side is Texas Speaker of the House Dennis Bonnen on?

What is outrageous about Bonnen’s vision is that he is not on board with saving the Texas GOP or seeing its goals implemented. He does not even try to justify his actions based on the desires and policy goals of Texas Republicans and liberty lovers. Given the barrage of comments to the press, you would think that no one who cares about limited government would believe that Bonnen’s philosophy and tactics and vision are aligned with them – because in reality they are not.

But sadly, some, including a number of Texas GOP legislators exhibiting Stockholm syndrome and a number of moderates in Texas are trying to make the case that Bonnen’s vision is what is needed to not lose the Texas House in 2020. Nothing could be further from the truth.

The arguments being made are that because of the results of the 2018 election in which the Texas House lost 12 Republicans and the Texas Senate lost two, that the only way for the Republican Party to maintain power is for it to abandon its principles and be more like Democrats. Vague comments are made that somehow passage of the “social agenda” of the Republican Party would cause the Party to not only not win back the 12 seats lost in 2018, but actually lose the additional 8 plus seats needed to put the Democrats in power.

That is not how politics works. That is not how any of this works. Rush Limbaugh has been telling us for years that Republicans win general elections when the elected officials of the party actually deliver conservative policy results. They lose when they act like Democrats-lite. 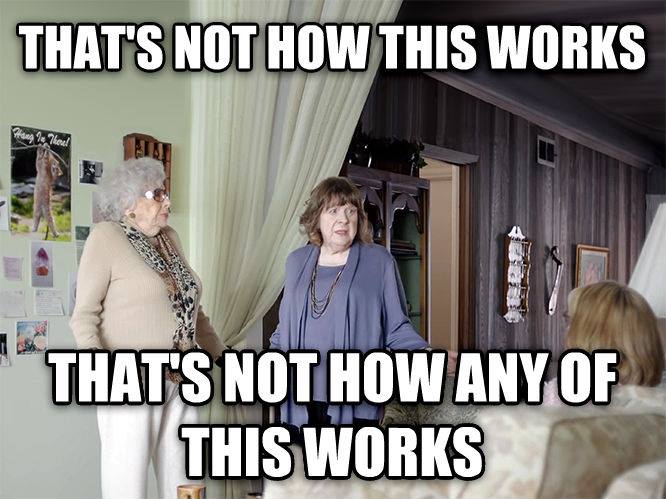 See, I think the strategic goal of the Republican convention goers and activists in the party is to see their policy vision put into practice. I think that is the goal of the majority of GOP primary voters in HD 25, as well. It is NOT, as Bonnen and other establishment status quo supporters have claimed, to raise money for conservative organizations or the party.

The establishment wants Republicans to think that any dissension in the GOP primaries will create the loss of seats in the general election. That is also dead wrong.

The sad reality is that most general election voters (and even primary voters) know nothing about who their state rep or senator is or his or her position on the issues. Over the last decade or more, elections have been nationalized. Whether it is a presidential year or a gubernatorial year, both mainstream and conservative national media focus nonstop on the president.

For more than a decade, Republican nominees in Texas in the state legislature have relied upon straight ticket voting and safe districts to win their elections. In 2020, with one-punch straight ticket voting gone, the Republican nominees who want to win contested races will have to vigorously campaign on their own (with rank and file help) for the win. The swing voters in the general election for swing State House races will know nothing of what happened in the GOP primary.

Do not let anyone persuade you that you have to compromise in the primary to save the GOP control of the House. That is simply not how it works.

And do not let anyone persuade you that you will be in worse shape with a Democrat majority in the Texas House if you work to replace RINOs in the House with more conservative champions. Essentially the proponents of this way of thinking are telling you to abandon your desire for conservative policy solutions. They are telling you that resistance is futile and assimilation is inevitable.

The campaign to boot Bonnen is based on the understanding that we CAN achieve our liberty goals if we choose people to represent us that actually are one of us. And it is based on the notion that if the GOP voters in HD 25 understand what is stake, they will vote Dennis Bonnen out.