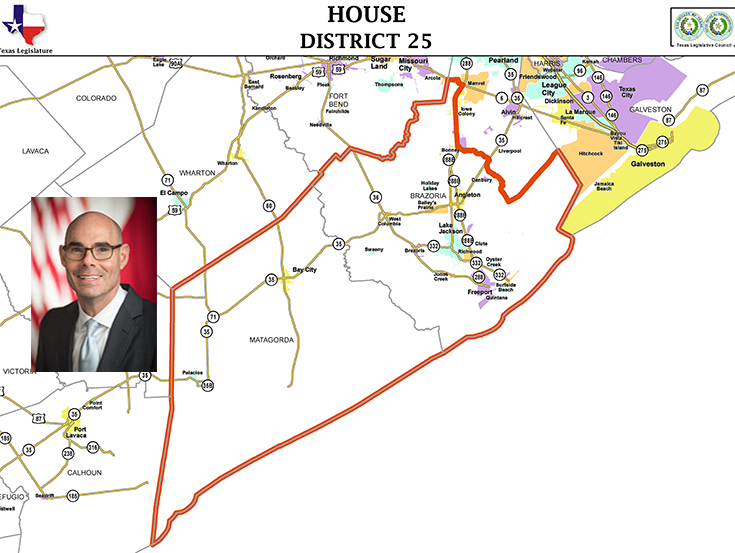 Welcome to the website of the Boot Bonnen PAC, which is dedicated to making sure that Dennis Bonnen is not re-elected to his Texas State Representative HD 25 seat in Brazoria and Matagorda Counties. He has proven himself unworthy of being a Republican representative because of his attacks on the legislative priorities of the RPT (including attacks on firearms owners and life advocates), his completely wrongheaded vision for the Republican Party, and his praise of anti-gun Democrat Joe Moody.

The Texas House chose poorly when they chose Dennis Bonnen for Speaker. The best way to get that body's attention is to primary Dennis Bonnen.

The Texas House consists primarily of followers. And if a state rep is a leader for conservative/liberty principles and the platform of the Republican Party of Texas, the leadership does everything in its power to destroy that liberty leader and bring them into submission. In other words, as soon as a state representative reaches Austin, he or she is pounded on to bond with the other reps and put the esteem and interests of the other reps and the cronies controlling the leadership above those of his or her voters or party.

This is tribal behavior at its worst.

The curious aspect of leadership of the Texas House is that the House chooses its own Speaker.

Many celebrated when the former Speaker, Joe Straus resigned, and there were high hopes for conservatives and liberty activists that we would do better after a decade of the dashing of conservative hopes by Straus and his lieutenants (which included Bonnen).

But in the replacement of Straus, the House chose poorly. Bonnen promised conservatives that things would be different.

During the 86th Legislative Session in 2019 and after, Bonnen has bashed pro-life proponents, gun rights proponents, and praised anti-gun Democrat Joe Moody as worthy of being the next Speaker. And, he has threatened any House member if they campaign against other incumbent House members, EVEN if they are campaigning for their own party against an incumbent of a different party!

When trying to remove the speaker, there are three opportunities, the Republican primary in 2020, the general election in 2020, and the vote for the next speaker. By far, the best chance of delivering the message to the House that they chose poorly is to primary Dennis Bonnen.

There is no higher priority and no more effective method to work for liberty in the 2020 election cycle in Texas than to replace Dennis Bonnen for HD 25.

We seek on this site to speak to four audiences:

1) The voters in HD 25.  We want to make sure that before you go to the polls, you know the comments and actions by Dennis Bonnen that show his disdain for you and your values.

2) Liberty lovers all over Texas.  We hope you will agree that we will not make any progress toward our liberty goals in Texas until we have leadership that shares our values and is willing to work for them.  We hope you will join us in contributing time or money or passing on the message in this fight.

3) Republican Party Leadership at the State and County Level.  We want you to realize that that not removing and/or censuring Dennis Bonnen's betrayal of the party platform, principles, and priorities is a clear and present danger to the health and future of the Party and the principles for which it stands.

4) Current and future members of the Texas House.  We know that the backlash from Bonnen would be great if you publicly join us in this battle and he wins his seat back, nonetheless.  Our message to you is in this meme.  And it is a demand that you choose more wisely in 2021 if we are successful in booting Bonnen in 2020.