In the early days of the 86th Texas Legislative session, newly elected Speaker of the House Dennis Bonnen, appointed three anti-gun Democrats to positions of power in the Texas House.  Two were over the committees where firearms freedom legislation is assigned.  And the third, Joe Moody, was named Speaker Protempore by Bonnen.

This caused a number of groups hoping that constitutional carry, the number one legislative priority of the Republican Party of Texas, would finally pass the Texas legislature to publicly express their concerns that it might be bottled up by a powerful anti-gun committee chair.  Committee chairs have lots of power, after all, to kill a bill.  A chair can kill a bill by refusing to hear a it at all, by refusing to hold a vote on the bill after a hearing, by holding the vote so late it has no chance of finishing the rest of the process, or by slow walking the bill from the committee to Calendars which also causes it not get through the process.

Bonnen chose this issue to start the confrontation with those of his own party and those who he claims to represent.  On January 26, Bonnen posted the following on his Facebook page:

It has come to my attention that a small handful of gun rights fringe groups have called my leadership into question.

Let me set the record straight.

For 22 years I have been an advocate for Texan’s 2nd Amendment Rights. I have not wavered at any point. I have not changed my mind in the last two weeks. To suggest otherwise is asinine.

I have an A Rating with the NRA and plan to keep it.

I have appointed committees in the Texas House which represent diverse views — just as any well functioning democracy should. However, as part of that appointment process, I placed a majority of members on committees of jurisdiction which reflect Texas’s long standing pro-gun stance. The fact that some fringe groups can’t count to 5 for a 9 member committee is really not my problem.

I trust in my colleagues in the Texas House. And I trust in my Committee Chairs to allow reasonable bills which reflect the values of Texans to find their way through the legislative process — not just on gun related legislation, but on ALL the many and varied issues of importance which the two committees in question will hear.

Our democracy and our state deserve better than the type of hateful and uneducated vitriol which some people feel compelled to spread.

But as they say, talk is cheap... So the final test will be what does or doesn’t happen when the gavel falls at the end of the 86th Legislative Session. I’ll bet my critics an AR-15 that their gun rights won’t be infringed. In the meantime I’ll be working with the tried-and-true gun rights organizations to see if we might be able to actually strengthen the rights for those of us who are responsible gun owners.

Thank you. And God Bless Texas!

There are a number of issues that are remarkable about this post:

1)  Bonnen attempts the tried and true tactic of dividing and conquering his enemies.  He praises one gun group and bashes all others, seeking to cause divisions within the diverse firearms freedom community.

2)  He deliberately misrepresents the power of chairs to kill bills, falsely implying that all it takes to get something out of a House committee is a majority of the votes in the committee.

4)  He bet his critics an AR-15 that their gun rights would not be infringed when the gavel fell at the end of the session.  Well, since a law that requires a permit to exercise a natural right is indeed an infringement of that right, the fact that constitutional carry did not pass means that he owes a lot of Texans AR-15s.

This was Bonnen's opening salvo on the Republican Party of Texas' number one legislative priority and any in his district who agreed with that priority.  But it would not be his last.  As we will document in other posts on this page, Bonnen continued to hammer at (and ultimately thwart) Texans asking that he honor his oath to the Constitutions of Texas and the U.S., that he comply with the legislative priority of his own party, and that he work for the priorities of those within his district. 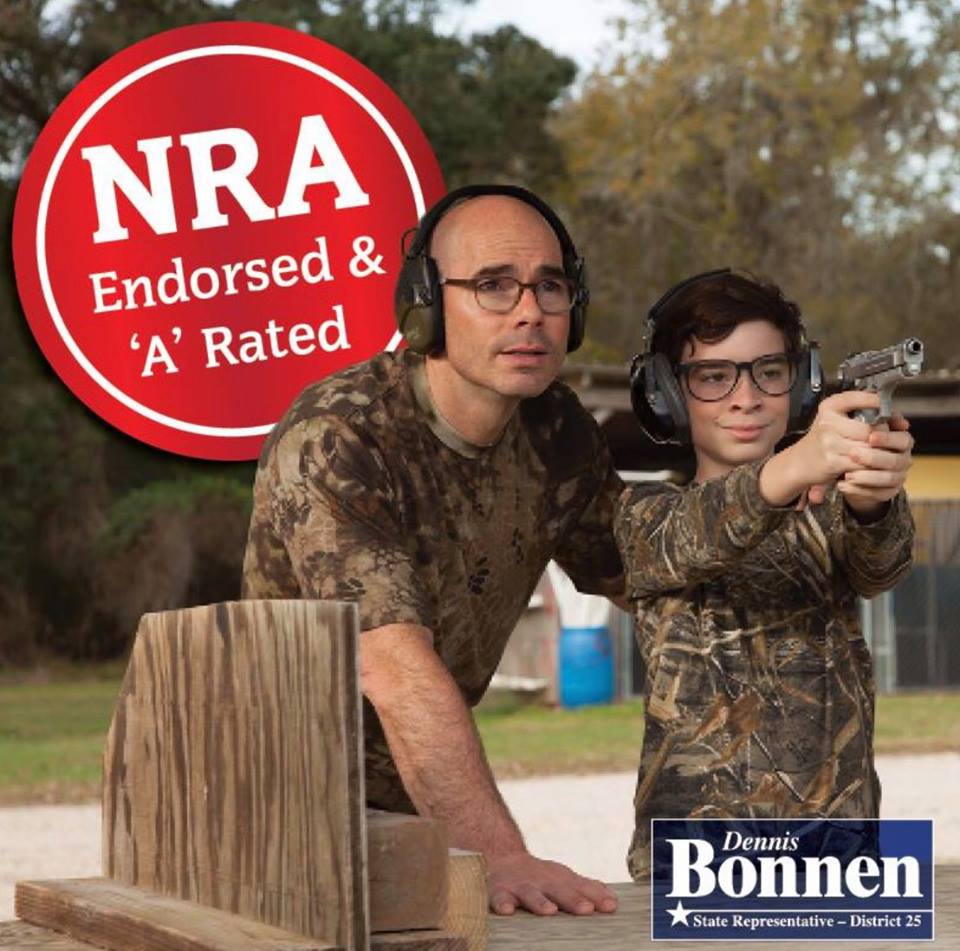 Click here a Fort Worth Star-Telegram report on this issue.

Here is one of the articles online, posted on January 23 by Texas Gun Rights, to which Bonnen was responding.